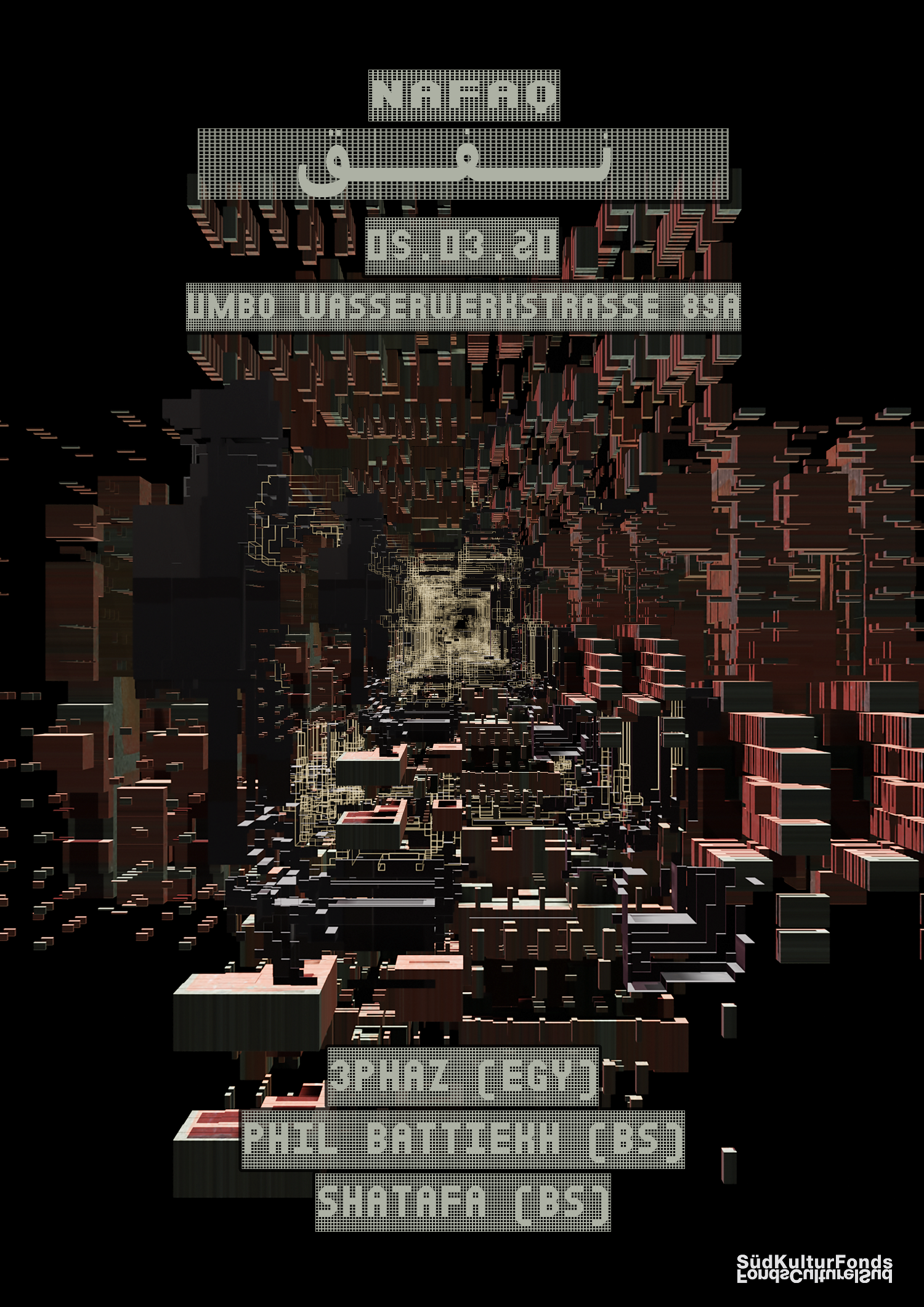 Nafaq (نفق) is an event series that explores contemporary electronic music from the Arab world, kicking off on March 5th with 3Phaz from Cairo (Live) and DJs Phil Battiekh and Shatafa from Basel.

3Phaz is a musician obsessed with bass, distortion and the deconstruction of the Mahraganat-Aestetic, resulting in what he describes as “Post-Shaabi from Cairo”. His work focuses on amplifying Mahraganat’s raw energy and taking it a step further, drawing on influences from the global bass, noise and electronica scenes. His music has been released on the labels Cairo Concepts and 100 Copies, with another release coming up in March.
🔉🔉https://soundcloud.com/3phaz

Phil Battiekh is one of the first DJs outside of Egypt to play Mahraganat, supporting its spread across Europe and beyond, with recent stops at the Fusion Festival in Germany, the Nyege Nyege Festival in Uganda and numerous radio features. He also runs the label “Cairo Concepts”, which aims to explore various interpretations of Mahraganat by artists from across the world.
🔉🔉https://soundcloud.com/phil-battiekh

Shatafa has long specialized in Arab music from the 60s and 70s, before diving into more recent, mostly electronic sounds from the region. She regularly plays at parties and radio shows throughout Switzerland and has co-founded the Sharm Collective, a network of Swiss DJs focused on the Arab World
🔉🔉https://soundcloud.com/shatafashatafa