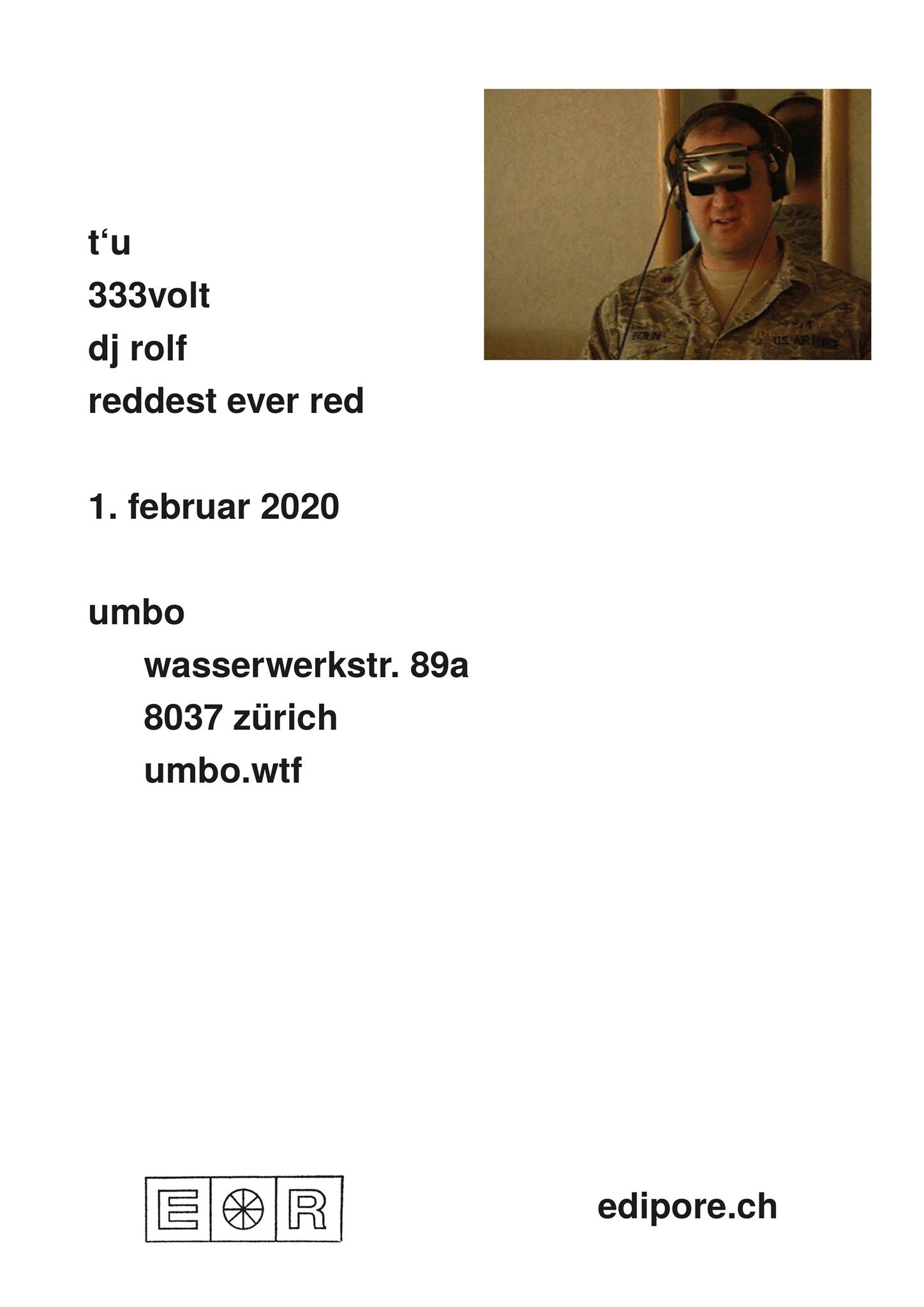 Edipo Re celebrate the release of two new tapes (ER–017 by T'u and ER–018 by Rolf Laureijs/Laurin Huber) with concerts by T'u and 333volt plus some DJing by DJ Rolf and Reddest Ever Red.

T'u (Emmanuel Wildeisen, Simon Boss, Jonas Albrecht) explore themes of repetition, minor alternation and evolving dynamics in their 2019 debut «Nektar». The record is now available on tape for the first time (ER–017). In addition to the tape, some T'u merchandise will be on display/sale at this show.

333volt's debut «Music Smells Funny» appeared on Edipo Re last year (ER–013). The four songs, accompanied by a video by 333volt himself, don't necessarily form a unified whole. They rather represent different approaches to or expeditions into a field where experimental musical forms overlap with synthesizer-based pop music.