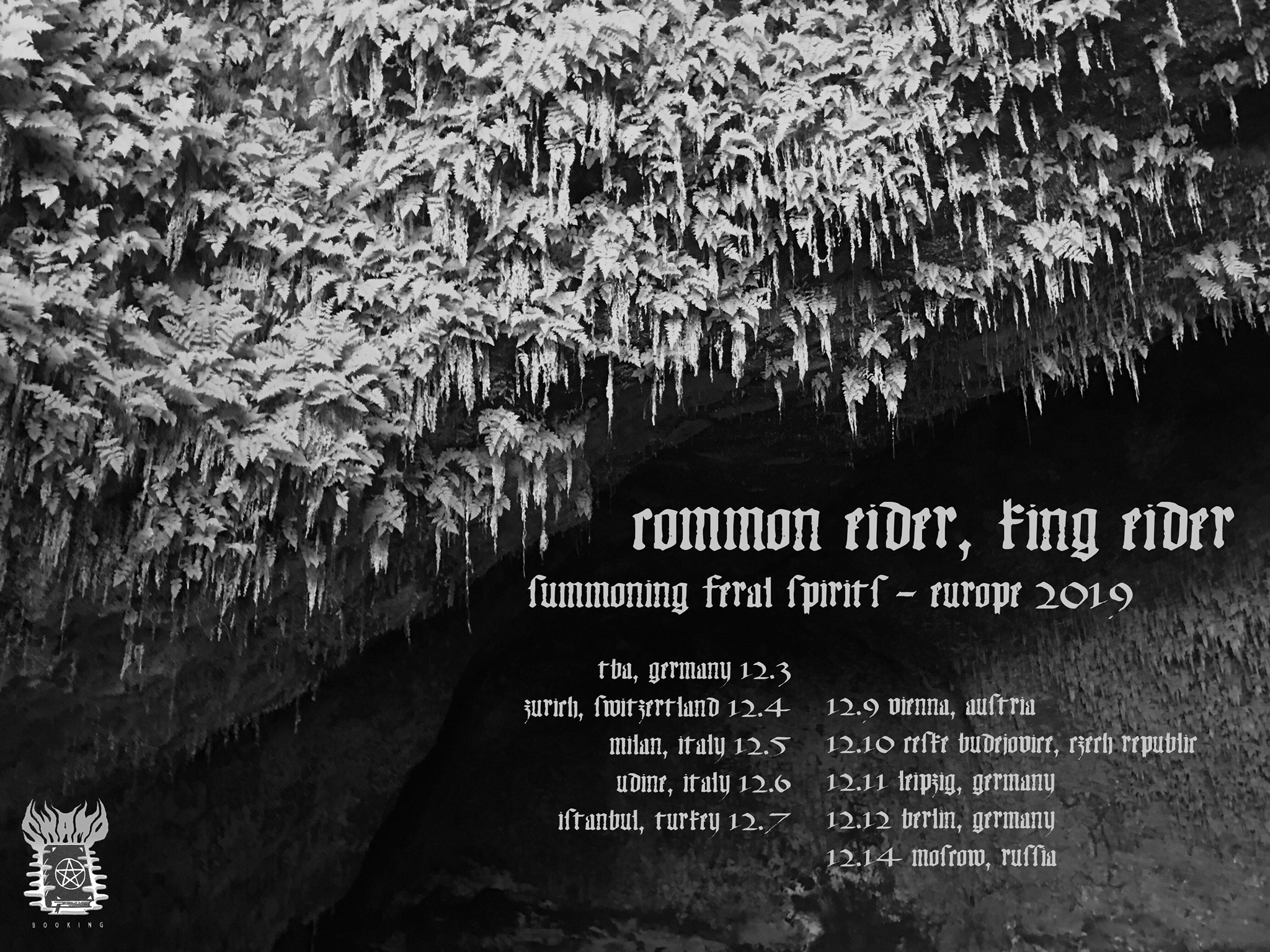 Birthed around the mid-two thousands in the wake of San Francisco’s collapsing psychedelic and art rock scene, and gravitating around the core values and aesthetics of San Francisco’s legendary Tumult and Aquarius Records strongholds, Common Eider, King Eider is an obscure congregation of veteran San Francisco sound sculptors who have established themselves as absolute leaders of the pack and unrivaled masters of creation when it comes to realm of the most darkened, immaterial, and cataclysmic sonic architecture
that the human mind can fathom. Taking cues from revolutionary and mind-expanding artists like Lustmord, Throbbing Gristle, Wardruna, Dead Can Dance, Halo Manash, Arvo Part, and Sunn O))), through their levitating, soul-shattering, and black hole-sized ritualistic black ambience, Common Eider, King Eider have elevated themselves to the rank of near-mystical figureheads in the realm of modern times dark ambient and drone music.

B°TONG is Chris Sigdell, former member of the German experimental industrial group NID (1995 - 2005).
As B°TONG he reaches for the nether regions of experimental electronic sound and has established himself as an acknowledged soundscape artist.
His music is a choice of dark, brooding layers of sound, high-pitched tones and weird electronic sounds that give birth to images of darkness and tranquillity, the solitude of an icy polar night or the equivalent of an underwater journey into a bottomless pit. The soundscapes are created by the use of found samples and field- recordings processed on the computer. No traditional instruments are involved. Performing live, Chris Sigdell relies on various electric toys and gadgets whose sound is put through a number of effect pedals.